You Can Have My Heart, But Don’t Touch My Dog

After two divorces, Sandi Walker, entrepreneur extraordinaire, is on her own and loving it. As a devout animal lover, she has made a success of the only gourmet pet food bakery in Midland, Texas. She’s also a pet foster parent and has fifteen assorted abused and unwanted animals at home. When a golden-colored stray dog with an abundance of personality appears at her door, she can’t refuse him and she can’t keep from falling in love with him. She names him Waffle and gives him a permanent home.

General Manager of the Flying C Ranch, Nick Conway, has searched for months for his lost dog, Buster. Giving up on ever finding him, he looks for a new dog and finds a puppy at a pet grooming shop. While he went to the shop to see a puppy, he also encountered a beautiful redheaded woman he can’t put out of his mind. Little does he know that she found Buster in an alley and has now claimed him as her own. Sparks fly between Sandi and Nick when he steals Buster and sues her in court for custody. It will take a mouthy parrot, a sitting judge, the matchmaking skills of the Domestic Equalizers and Cupid himself to resolve this conflict.

She couldn’t help admiring the excellent view of his backside. Tight Wranglers hugging his tight bottom. He was the stereotypical cowboy. She was the first to point out, having lived in West Texas all of her life, that there were cowboys and then there were damn fine cowboys. The one leading a cow in front of her definitely fell into the latter category.

“Always good to have a plan,” she yelled.

Nick stopped suddenly and turned to face her. He thumbed his hat back, hitched his hip and cocked his knee. Oh, my God. John Wayne. Seconds turned into an eternity. “Speaking of plans,” he drawled, “is it your plan to stand in the road and get run over? Do I need to get another rope?”

She flung back her hair, turned on her heel and stomped back to her SUV. “What an asshole.” She jerked the door open and slid behind the wheel. “Did you hear him, Jake?”

“What the fuck?” Jake squawked.

“You’re exactly right, Jake. He talked to me like I didn’t have enough sense to come in out of the rain.”

She started the engine, jerked the SUV into gear and roared past Mr. Nick Conway as Jake squawked loud enough to wake the dead, “What an asshole! What an asshole!” 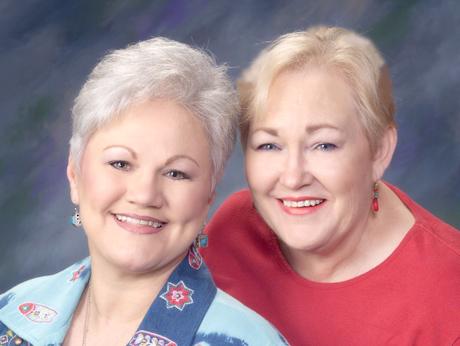 Dixie Cash is Pamela Cumbie and her sister Jeffery McClanahan. They grew up in West Texas during the great oil boom, an era filled with “real-life fictional” characters who cry to be written about. Pam has always had a zany sense of humor and Jeffery has always had a dry wit. Surrounded by cowboys and steeped in country-western music, when they can stop laughing long enough they work together creating hilarity on paper. Both live in Texas–Pam in the Fort Worth-Dallas Metroplex and Jeffery in a small town near Fort Worth. Jeffery also writes steamy contemporary romance novels under the pen name of Anna Jeffrey.

Dixie will be awarding a $20 Amazon or B/N GC to a randomly drawn winner via rafflecopter during the tour.

One thought on “You Can Have My Heart, But Don’t Touch My Dog”