On Seas So Crimson

Adolf Hitler is dead.  Great Britain has fallen.  The Royal Family has fled to Canada, and the United States stands alone against the Axis.

On Seas So Crimson collects both novels of the Usurper’s War into a single package.  Acts of War (Amazon Bestseller in alternate history) begins this universe with London on fire, while Collisions of the Damned (recommended by Alternate History Weekly) continues it with the desperate defense of the Dutch East Indies.

It’s never a good day when you become commander of a vessel simply because no one else was left.  From what he understood, Keir had started the day as chief of Hood’s Navigation Division.  That had been before the vessel took at least three 15-inch shells to the bridge area, as well as two more that had wiped out her gunnery directory and the secondary bridge.

Captain Gordon was right—she was a very powerful warship.  Unfortunately that tends to make you a target.

“Yes sir,” Keir said.  “His Majesty was in the conning tower with Admiral Pound when it was hit.  The Royal Surgeon positively identified His Majesty’s body in the aid station before that was hit in turn.  We cannot get to the aid station due to the spreading fire.”

“Understood.  His Majesty would not have wanted any of you to risk his life for his body,” Gordon said.

“I just…” Keir started, then stopped, overcome with emotion.

“It is not your fault lad,” Gordon said.  “Her Majesty will understand.”

Gordon turned and looked at the Exeter’s clock.

“Very well, we are out of time.  Stand by to fire torpedoes.”

“Torpedoes report they are ready.”

“Sir, you may want to tell your torpedo officer to have his weapons set to run deep,” Keir said.  “She’s drawing…”

There was a large explosion aboard Hood as the flames reached a secondary turret’s ready ammunition.  Eric saw a fiery object arc slowly across, descending towards the Exeter as hundreds of helpless eyes watched it.  The flaming debris’ lazy parabola terminated barely fifty yards off of Exeter’s side with a large, audible splash.

“I think we do not have time for that discussion,” Gordon said grimly.  “Fire torpedoes!”

The three weapons from Exeter’s starboard tubes sprang from their launchers into the water.  Set as a narrow spread, the three tracks seemed to take forever to impact from Eric’s perspective.  Exeter’s torpedo officer, observing Hood’s state, had taken into account the battlecruiser’s lower draught without having to be told.  Indeed, he had almost set the weapons for too deep a run, but was saved by the flooding that had occurred in the previous few minutes.  In addition to breaking the battlecruiser’s keel, the triple blow opened the entire aft third of her port side to the ocean.  With the audible sound of twisting metal, Hood started to roll onto her beam ends.  She never completed the evolution before slipping beneath the waves.

Interview with the Author:

“Ride of the Late Rain”

Collisions of the Damned

On Seas So Crimson—Usurper’s War Collection No. 1 (Acts of War + Collisions of the Damned)

I also have a nonfiction work, Barren SEAD, that discusses the United States Air Force’s doctrinal development from 1953-1972.

I also sell prints of my cover and internal artwork at Clan Young on Etsy. Examples are below: 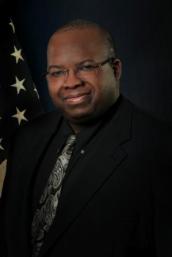 James Young is a Missouri native who escaped small town life via an appointment to the United States Military Academy.  After completing his service in the Army, Mr. Young moved to Kansas to pursue his doctorate in U.S. History.  Fiction is his first love, and he is currently the author of the Usurper’s War (alternate history), Vergassy Chronicles (space opera), and Scythefall (apocalyptic fiction) series, all of which are available via Amazon or Createspace.  Currently living in the Midwest with his loving, kind, and beautiful spouse, Mr. Young spends his time completing his dissertation while plotting new, interesting ways to torment characters and readers alike.  As a non-fiction author,  Mr. Young has won the 2016 United States Naval Institute’s Cyberwarfare Essay contest and the U.S. Armor Center’s Draper Award for a battle analysis of the Golan Heights.  He has also placed in the James A. Adams Cold War History contest held by the Virginia Military Institute and been published in the Journal of Military History (“The Heights of Ineptitude”).

James Young will be awarding a 9 x 12 print of the cover painting, “Death of Kongo” signed by the author and the artist Wayne Scarpaci (US ONLY GIVEAWAY) to a randomly drawn winner via rafflecopter during the tour.

Enter to win a signed print – a Rafflecopter giveaway

3 thoughts on “On Seas So Crimson; James Young Author”