This post is part of a virtual book tour organized by Goddess Fish Promotions. Dianne Hartsock will be awarding a $20 Amazon or B/N GC to a randomly drawn winner via rafflecopter during the tour. Click on the tour banner to see the other stops on the tour. 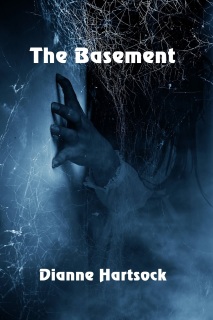 Alex is haunted by visions of the dying, but now it seems the ghosts he’s seeing are real as well.

In this sequel to ALEX and THE SHED, Alex wonders if he’s seeing ghosts. His friend Justin has bought the Fulton place, a beautiful old mansion on the edge of Oakton. But something’s wrong in the house. Alex has visions of a small boy, trapped in the basement, and a man at the top of the stairs who won’t let him leave.

And Logan Fulton has come to town, Helen Kramer’s cousin, a psychic medium who wants something from Helen, whatever the cost. He and Helen had spent time in the Fulton house as children and Alex suspects Logan has something to do with the spirits now awakening in the old mansion. But whether Logan is calling them forth or if something else is controlling them, Alex can’t be sure.

The child’s spirit calls to Alex, as do others trapped in the house. There is a dark entity holding them there, keeping the child forever in the basement, the others for his amusement. But Alex has never believed in ghosts, so what is really going on? As he strives to learn the boy’s secret, his friends are one by one pulled to the Fulton place and put in danger while Logan works against Alex, having an agenda of his own. Will Alex be able to solve the haunting of the old house, or will he and his friends be taken one by one, doomed to walk the dark hallways forever?

A step creaked, and Alex froze. Was the house settling? Why had he sat with his back to the staircase? Dammit! He hadn’t put up a shield. Another creak, and the fine hair rose on the back of his neck. He shuddered, dread seeping into him as he became aware of a presence behind him. He choked back a cry when a cold breath brushed his skin. What is there? Alex wanted to look, but fear kept him immobile.

“Christopher?” he tried, but the word was snatched from the air before it became sound. Pressure built in Alex’s ears. Oh, God. The thing pressed against his back, a blanket of ice, chilling his blood. The air froze, a sharp knife stabbing his chest with each inhalation.

Why couldn’t Christopher hear him? Couldn’t he feel the terrible presence in the room? Alex stared at him, but Christopher continued to gaze at his hands relaxed on his lap. Fingers cold as death ghosted over Alex’s cheek. “Mine.” The whisper was a spike of ice in his head, and Alex watched in horror as a dark tendril of something curled around him and stretched toward Christopher, taking shape as an arm and reaching hand. Christopher’s aura flared, but couldn’t keep out the darkness that spread like a bruise, blocking his light.

“No!” Alex scrambled up, slipping on the smooth floor but managing to keep his feet. Adrenaline pumped through him, and he clenched his hands, stepping closer to Christopher. “Get away from him!”

Dianne grew up in one of the older homes in the middle of Los Angeles, a place of hardwood floors and secret closets and back staircases. A house where ghosts lurk in the basement and the faces in the paintings watch you walk up the front stairs. Rooms where you keep the closet doors closed tight at night. It’s where her love of the mysterious and wonderful came from. Dianne is the author of paranormal/suspense, fantasy adventure, m/m romance, the occasional thriller, and anything else that comes to mind.

She now lives in the beautiful Willamette Valley of Oregon with her incredibly patient husband, who puts up with the endless hours she spends hunched over the keyboard letting her characters play. Dianne says Oregon’s raindrops are the perfect setting in which to write. There’s something about being cooped up in the house with a fire crackling on the hearth and a cup of hot coffee in her hands, which kindles her imagination.

Currently, Dianne works as a floral designer in a locally-owned gift shop. Which is the perfect job for her. When not writing, she can express herself through the rich colors and textures of flowers and foliage.

3 replies on “The Basement Book Blast”

Thank you so much for hosting me today!