Golf, love, life—Jack Weatherlow is more than familiar with all three. Is life a series of coincidences or is it linked by a greater thread? Returning from the brink of destruction, Jack lets his participation in recovery, his work at the hotel, and his close relationship with his wife, Samantha, guide him through some of life’s most important questions and lessons. What do we do when opportunity knocks at our door? Is it fate that brings us together with those we love most? What constitutes a family and what obligations do we have to those around us? Through his relationships and experiences on and off the green, Jack discovers many of life’s lucky chances.

We were alone that day. She was already in place when I arrived. Sam turned when I entered. She spun around quickly, startled by my entrance. I had apparently interrupted some secret contemplation. She gave a little jerk with her head. She blew smoke into the air, while throwing her hair out of her eyes. We shared a brief, but natural, greeting as I entered the steamy, chlorine-scented room. I remember a glinting instant of eye contact, which remained in place for a moment longer than might be expected. The only sound filling the room was the methodical whirring of the machines.

When I first saw her, I recall feeling flushed by a sense of confusion, or a nervous anxiety. I became inextricably distracted. I was struck stupid, all of a sudden. I couldn’t focus on my work. I fumbled with simple tasks that I had executed quite proficiently for the better part of my life. I was no stranger to laundry duties, but in those few moments, i appeared dumbfounded by the simple chore of loading a washer. I had trouble putting a quarter in the machine. I cast the very real appearance of someone who needed help, and Samantha took the opportunity to lend a hand. Clumsy male struggling with laundry duty, adept female coming to the rescue; the scene seems ludicrously formulaic and fraudulent, but it is nonetheless our story.

Topic:  What can we expect from you in the near future?

I acquired my latest idea while lying on the floor of my yoga studio, during a relaxation posture.  That sort of thing happens to me all the time. I will write another love story, but one that is set within an environment that involves political intrigue and danger.  Once again, the underlying theme will follow along the pattern of my first book, Lucky Chance. That theme is a love affair affected and tested within the highly unexpected events, which life tends to present.  This time, the stakes will be far higher.  Will my love affair endure? Will my couple survive.?

My protagonist is named Jack Weatherlow.  He is a consultant for the American Hotel Industry.  Having established his reputation at one of the popular luxury hotel chains, Jack is called upon by that chain for a very special assignment.  Jack travels to Paris, France in order to oversee the opening of the newest international property.  While there he discovers that the assignment will require an extended stay.  At this point his beloved wife, Samantha, is asked to join him for the remainder of his engagement.  The couple begin a temporary stay in the city in which Samantha was raised.  Sam is an American by birth but has been raised in France by adoptive parents.

While at the hotel Jack is rudely reminded of his first mentor’s humorously ominous words.  He heard them at his initial hiring, and has watched their veracity unfold throughout his career.  “People come to the Hotel to do what they will not do at home.”  Through that admonition, Jack learns of certain unbelievable political dealings that suggest of secret international collusion in American Industry and economic manipulation involving the houses of American leadership and authority.

Does he share this information?  Would anyone believe his story?  Does he share it with Samantha, with whom he has no secrets? Does he do anything?  Is he courageous or smart enough?  And does he involve his beloved.  The remainder of the story is waiting to be written. 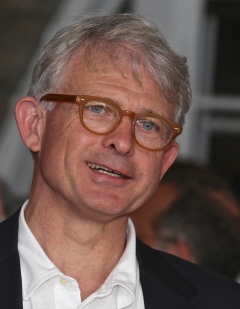 Summer is in full swing – folks are hitting the golf course by day, and reflecting on life as the sunsets go later into the evening. In the spirit of golf and life, Charlotte-based Warren Publishing has released Lucky Chance, a thoughtful and moving novel by businessman, golfer and public speaker, R.C. Welch.

Lucky Chance is a 346-page soft cover book that addresses some of life’s most thought-provoking and insightful dilemmas and lessons through the lens of Jack Weatherlow. A golfer, husband, and alcoholic in recovery, Jack returns from the brink of destruction, and through his recovery, work, and relationship with his wife, Samantha, he attempts to find the answers to some of life’s most important questions. What do we do when opportunity knocks at our door? Is it fate that brings us together with those we love most? What constitutes a family and what obligations do we have to those around us? Through his relationships and experiences on and off the green, Jack discovers many of life’s lucky chances.

Inspired by his love of golf, business, and storytelling, Welch wrote Lucky Chance to give readers insight into a character he loves, and connect certain apparent similarities in life between obviously different circumstances.

“Lucky Chance is a wonderfully crafted novel, rich with narrative originality, and emotional and philosophical depth,” added Mindy Kuhn, President of Warren Publishing. “It’s a fantastic, unique read for anyone who enjoys reading about sports or love, but also for those looking to delve into the truly intricate and complicated questions of life.”

R.C. Welch holds graduate and post graduate degrees from two universities, and is honorably recognized in various circles of the business world. He is also an accomplished golfer, storyteller and public speaker. Lucky Chance is an expression of his innate and unique gifts. He currently resides in Winston Salem, NC.

RC Welch will be awarding a $20 Amazon/BN GC to a randomly drawn winner via rafflecopter during the tour.